Man, these past two months have been a whirlwind of …

1st up. Simon & Schuster has bundled the 1st two books in my Swamp Magic series on SUPER SALE with its gorgeous NEW cover! 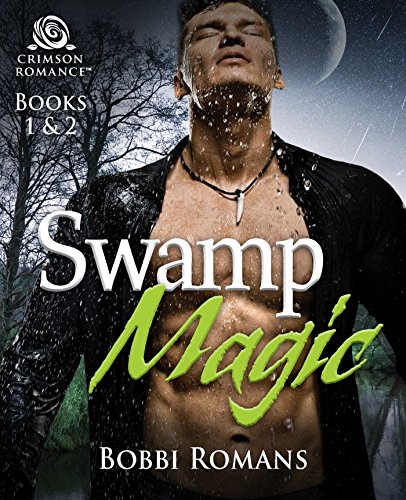 .99 Cents for BOTH (Or so the pre-sale price reflects) Swamp Magic Bk1 and Under the Full Moon Bk2.

This fresh twist on the popular shapeshifter theme offers paranormal suspense fans passion and danger in the Florida Everglades.

Swamp Magic: Beth’s life is upturned when she reluctantly agrees to accompany her idiotic brother on a hunt for the Bog Man. She becomes separated from the others and comes face to face with the legend himself … only no one ever mentioned how damn sexy he was. But Moss, whose sensual iridescent tattoos are a reflection of his unusual reptilian side, struggles to come to terms with the fate an evil witch has cast over him, and wants nothing more than to be left alone.

The swamp’s dark history will test the duo’s survival skills as well as lure them deeper into the magic of the swamp…and passion. But can their love prove stronger than the curse that envelops them?

Under the Full Moon: Cursed to be a laughably unthreatening swamp creature, armadillo shifter Damien stays deep in his cave to hide his shame…until his path crosses with Grace’s. Grace gave up on love ten years ago when her fiancé, Henry, disappeared in the swamp.

Thrust together in the face of imminent danger, Grace and Damien become close, connecting in ways they’d never imagined, until a secret from the past threatens their fledgling bond. As enemies emerge and alliances tangle, one thing becomes clear: only the strongest hearts will survive.

The Series is as follows;

Under the Full Moon Bk2

Or check out my Amazon Author Page

While I wait on the details of another summer release, I’ll mention, I’ll be hit and miss the next few months as I take on a new endeavor which will take me from Florida to N.C., potentially, permanently.

Hope you’re having a great summer!